Michael was all fiery passion when it came to sports, especially his favorite teams:  the Oregon Ducks, the Michigan Wolverines, the Buffalo Bills, the Oklahoma Thunder and the Chicago Cubs. Michael was a walking sports encyclopedia with extensive knowledge about players, teams and statistics, but it went far beyond that. 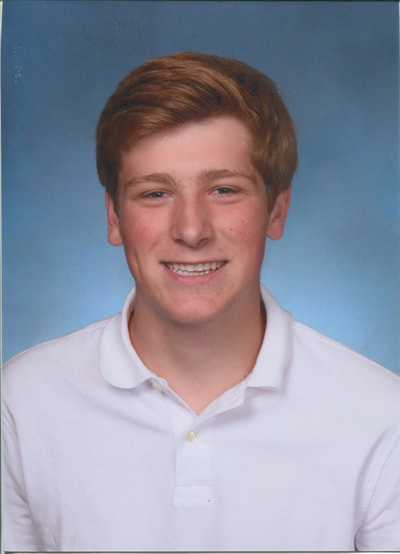 ​Michael exhibited a profound assuredness, unusual for his age, to state his opinions and back them up with mature reasoning. His reporting, analyses and predictions were channeled into his just1mike sports blog - publishing 110 posts in 3 years! His predictions were often proved to be on-target.

Michael’s passion for sports was matched only by his dedication to self-development. If a door was closed to Michael, he persisted until he found a window - or until he taught himself how to pick the lock. While Michael’s heart condition closed the door to pursuing a career in contact sports, Michael found another way to channel his passion: dreams of a career in sports broadcasting. He exerted on-the-ground efforts to make that dream a reality through his blog and his involvement in his school's broadcast club. Michael felt that his tenacity and delivery in public speaking fell short of where they would need to be for a career in broadcasting, but that wasn’t about to stop him. For Michael, he never approached a challenge with “I can’t do this.” He reframed obstacles, instead, toward “I can’t do this… yet.” Michael actively sought out opportunities to work on weaknesses, to practice and improve, and he was rewarded by seeing himself make marked progress toward his goals.

One of Michael’s mentors said about him, “I always looked forward to our sessions together because I knew every time, the genuine, authentic version of Michael would be there - because that was the only version of him.” Michael’s friends felt that in his presence, they were able to be themselves - no hiding, no pretending - just themselves. The list of goals that Michael set for his final summer at Culver Academies is reflective of who he was, including “help all of the underclassmen,” “be respectful of everyone,” “do not be lazy especially while drilling,” but the most telling is his last goal: “Do all of these things even when no one is looking.” Authenticity was part of Michael’s being - and it was a value for which he actively strove.
​
Michael was a bright light - a remarkable, memorable leader and inspiration during his life. And he remains so.
Donate and Save a Life